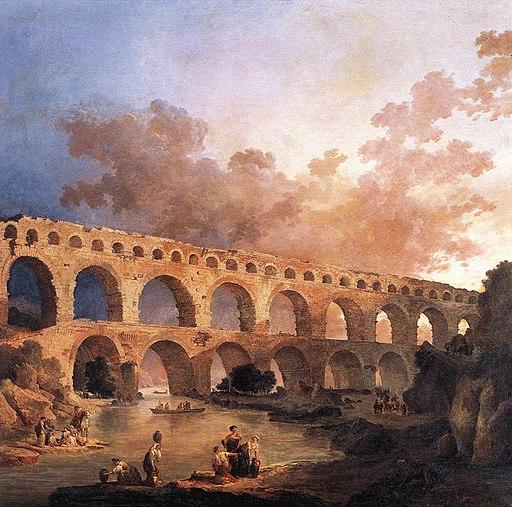 FR - In 1834, Prosper Mérimée is thirty years old. Appointed inspector general of the French Historical Monuments, he starts to travel through France and its architectural heritage and tries to find a way to protect it.

Visiting Carcassonne, some religious sites such as the baptistry of Saint Jean-de-Poitiers, Notre-Dame de Laon, the Vézelay basilica, numerous castles (Chaumont, Chambord…), the French writer Prosper Mérimée studies the sites in danger and prepares reports, creating the first stages of an administration dedicated to the preservation of the French sites, what will become one of France’s most famous institution : the Monuments Historiques, the French National Heritage.

In 1840, a first list is created, grouping some monuments needing quick national protection.

Preserved sites in the Gard

Well, the Gard is famous for its Roman pont du Gard, yes, but there are some more registered sites in the department : The 1st Century Roman bridge of Ambroix (Ambrussum), the Arles bullring, the rich patrimony of Nîmes, the abbey-church in Saint Gilles.

In 2020, the Gard owns almost 140 classified monuments and some 440 Monuments Historiques registered, such as the castle of the duchy of Uzès, the Saint Théodorit cathedral or the 12th Century castle in Beaucaire.